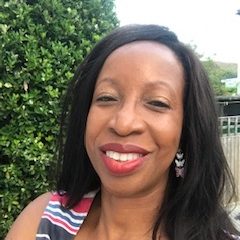 Dance consultant Theresa Beattie, OBE, on the importance of curiosity, mastery - and cheek

Gaverne Bennett, teacher, social worker and creator of timelines on curiosity and confidence

Julie Bindel, journalist, author and 'rock star' of feminism on the joy of campaigning

Anne Alexander, senior political producer of Good Morning Britain, on resilience, curiosity and the power of being nice

Social historian Jan Lucassen on vocation and the need for recognition

Comedian Robin Ince on the power of curiosity, wonder and doubt

The Art of Work: highlights from Work Interrupted

Julia Hobsbawm, entrepreneur and writer on connection, generosity and motivation

Douglas Board, leadership and career coach on how to rise to the top without losing your soul

Guvna B, multi-award-winning rapper, broadcaster and author on rejection and success

Sarah Churchwell, Chair in Public Understanding of the Humanities on the return of the expert

Harriet Minter, writer, broadcaster and coach on how to build a career you love as you WFH

Ayesha Hazarika, broadcaster, journalist, comedian and MBE on politics and joy at work

David Bodanis, bestselling author and futurist on how good guys (and girls) can win

Phil Jones, editor of The Jeremy Vine Show on broadcasting in the age of Covid

Adam Hamdy, screenwriter and author of bestselling thrillers on adapting to strange times

Ann Gallagher, Professor of Ethics and Care on caring in a pandemic

Matthew Syed, bestselling author and international speaker on the importance of diverse thinking

Julia Samuel, psychotherapist and bestselling author on coping with the

Julian Baggini, writer and philosopher on discovering our values

Margaret Heffernan, tech entrepreneur and bestselling author on what makes work worth it